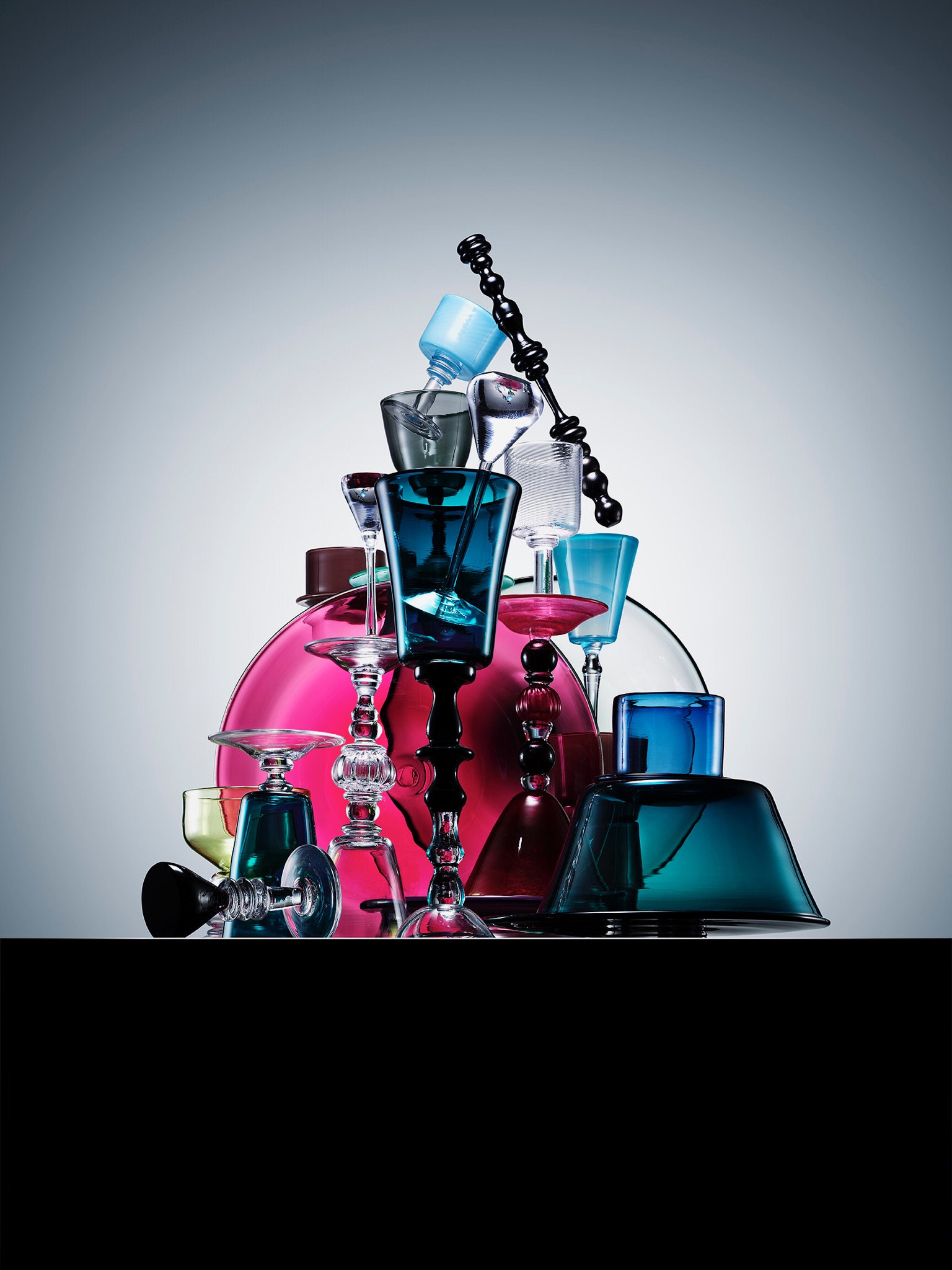 Nearly four decades after the explosive arrival of the world’s most famous feminist
artwork, The Dinner Party, a response is here: The After Party – by two Swedish artists who were not even born when Judy Chicago’s piece created art and women’s history.

The After Party is an homage to Judy Chicago’s The Dinner Party, from 1979, which is on permanent display at the Elizabeth A. Sackler Center for Feminist Art at the Brooklyn Museum in New York. And it is not only a tribute, but also a response, a continuation and a follow-up to Chicago’s piece.

Another difference is that while The Dinner Party comprises traditionally female crafts, such as sewing, embroidery, and painted porcelain, The After Party is created in the previously male-dominated glassblowing technique, now conquered by female artists. The piece consists of a long table covered in a blue velvet tablecloth. Each guest has a place setting with 7-10 hand-blown/free-blown pieces, all made by Dovsten and Larsson together. The individually created sculptural setting for each guest has its own color scheme and is designed as a tribute to the individual. The table overall is an installation, but each setting is also a stand-alone sculptural object.