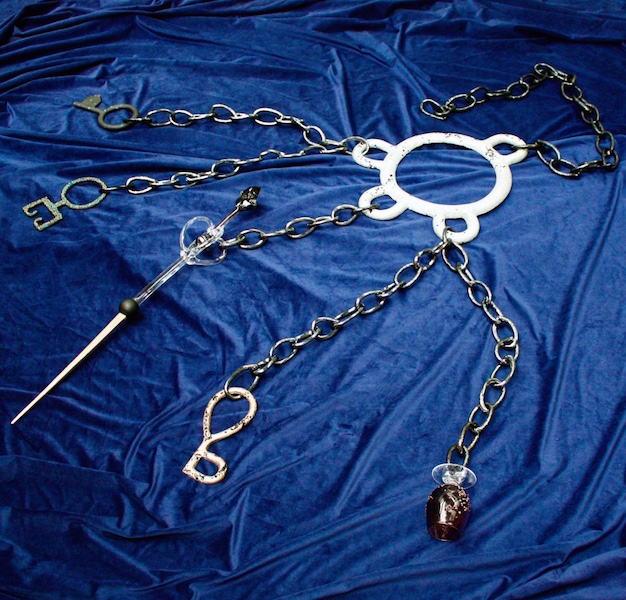 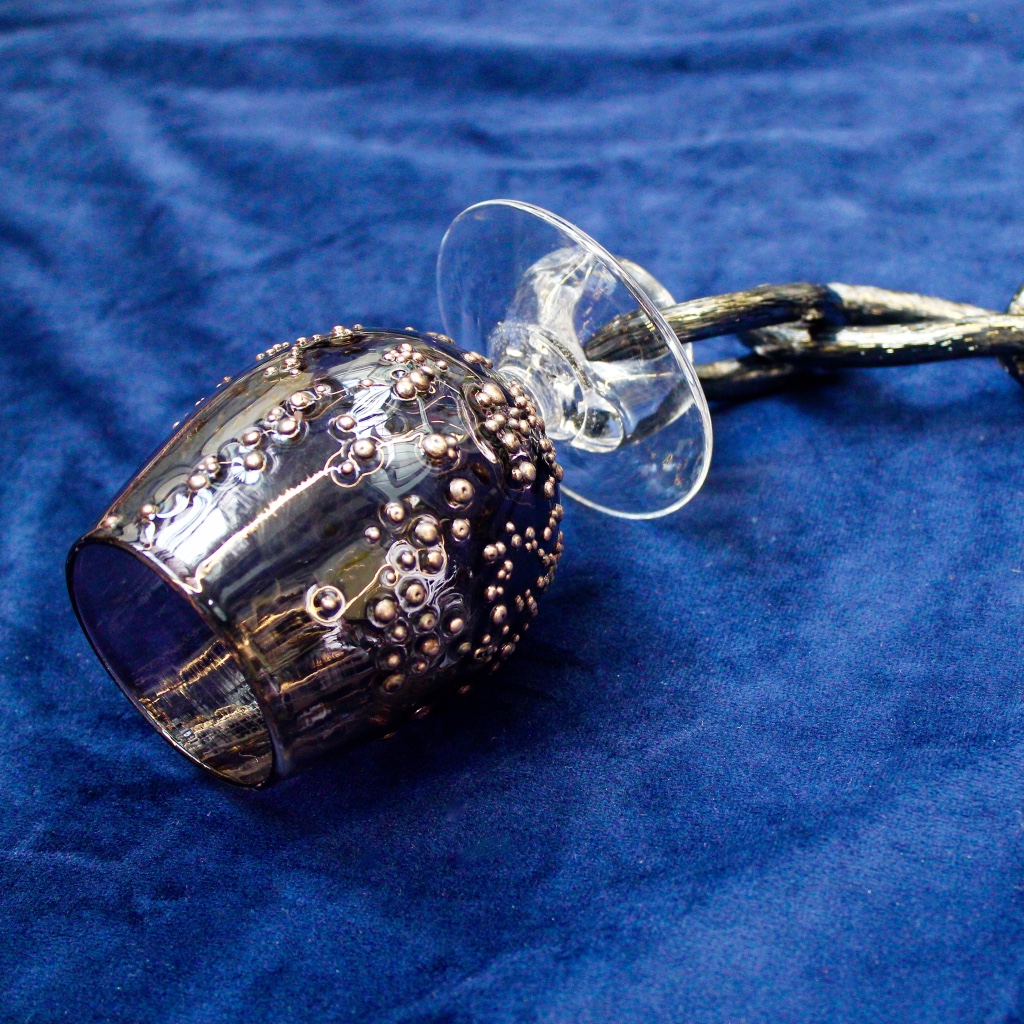 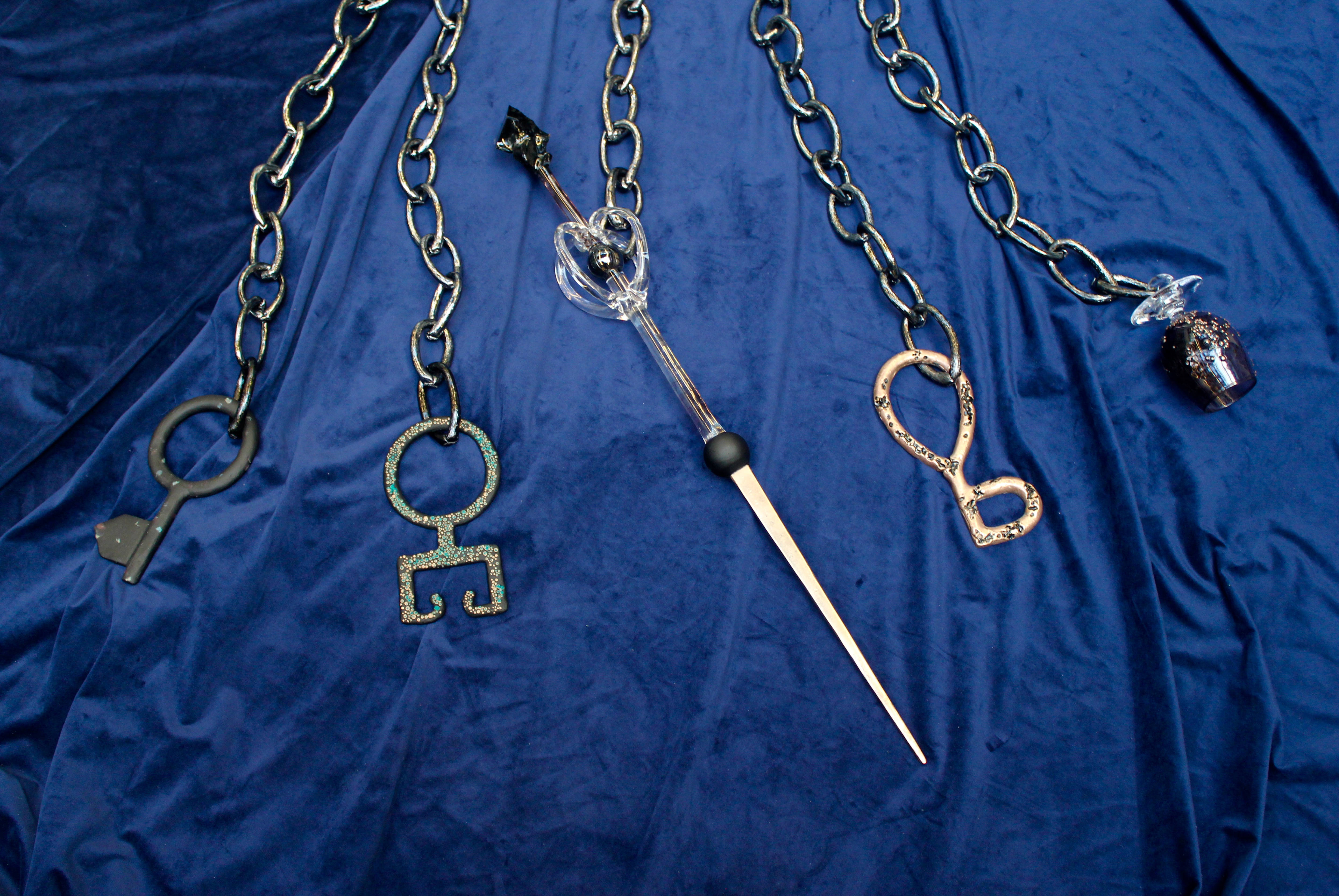 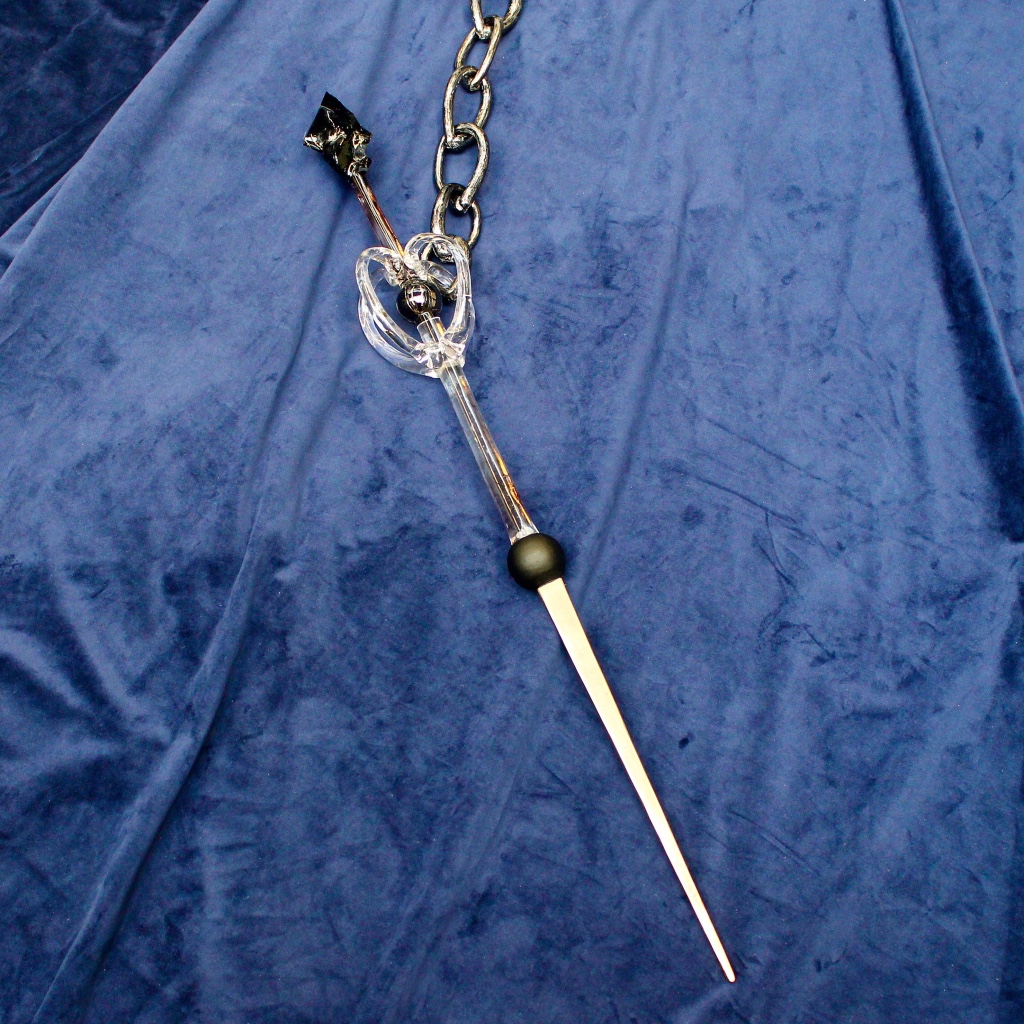 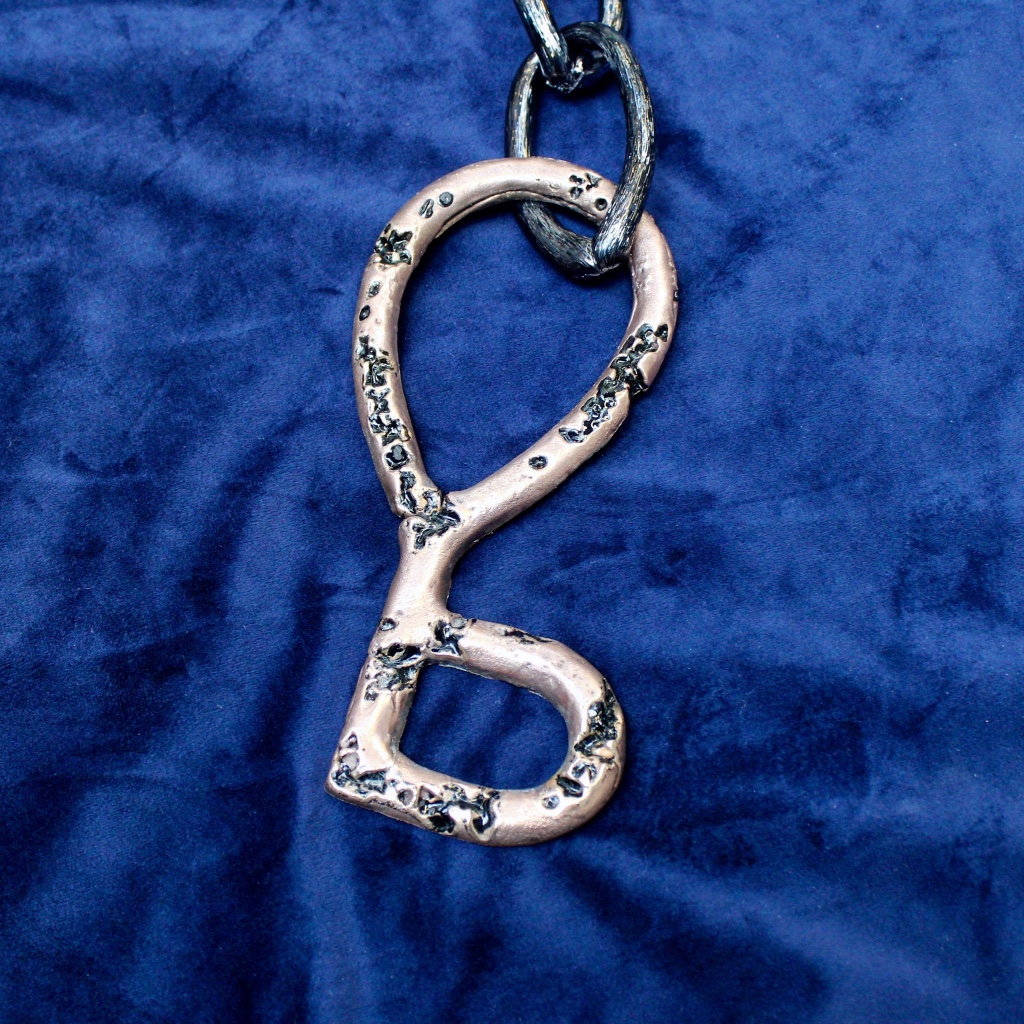 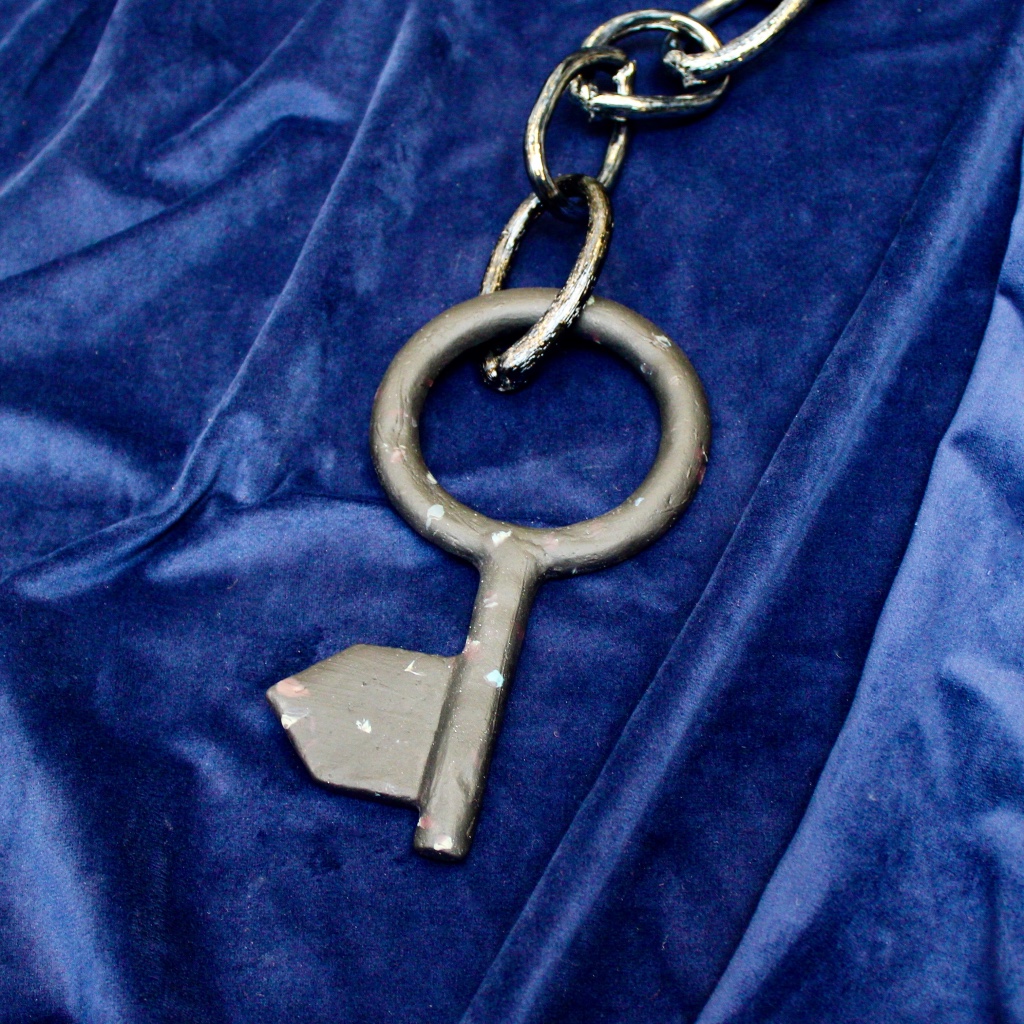 With glass as my tool and bronze as my focal point, I wanted to tell a story about how society is, and has been, materialized and how I can embody the feeling of matter and society in constant change.
I have been experimenting with material and playing around with woman symbols from history. I connected these three symbols with the chatelaine, worn by women mostly in England the 19th century, where it was the woman in the household or the housekeeper who was in charge of the keys of the house.
The result is an object that tells a story about woman power. Using the chains as obvious links to connect different times and the large scale to enhance the feeling of power. The chatelaine is commenting on how female power has looked like in different places i history, where has it been found? Where has it been respected? and where it has been considered as something dangerous?